We are helping over 300 individuals annually and growing. More than 95% go on to secure paid work

Brhane, a 26 year old Eritrean man, had been in Australia for one and a half years. Brhane had been underemployed for six months in Australia and through Community Corporate’s intervention services, he is now employed full-time as a Data Reporting Analyst in a Local Government Council in Queensland.

“It is a unique opportunity opened to me to grow and help others.  This was the best experience so far I had in this country to work with the diverse group of people and help my community.  My work with the Council opened many opportunities not just to me but also became a huge support to my family.

You guys at Community Corporate helped me not just to get this job, but to be appropriately trained and inducted so I can achieve my dreams. You believed in me, trained me and it strengthened my confidence. So, thank you!”

“Having a tough and unfair life is something everyone will want to overcome. For me, Community Corporate is the angel who believed in me, helped me to get rid of some disappointed thoughts from the past, encouraged me to get my confidence back and trained me to perform well in my new job.”

97.5% percent of refugees were unemployed or receiving welfare benefits prior to commencing the program

On average, the retention rate at 26 weeks was 92%

On average, the retention rate at 52 weeks was 90%

Karim, a 22 year old Syrian has been in Australia 3 years. Karim applied for hundreds of jobs with no response, but after only 5 months since he started his paid role, he was promoted to Acting Team Leader, and went on to win a state employee award as a shining star! He is now employed full time as Department Manager one year on.

“It is very important to me to improve my language and to get experience in Australia and also to save money for the future. I am so grateful for the opportunity from Community Corporate, coz it was after I did their training program, and met my work experience manager, that I started to believe – I may have found the start to life in Australia I was hoping for.”

“It was obvious from the beginning, Karim’s attitude, reliability and desire to learn and succeed would make him a huge asset in my team. I nominated him for my store’s employee Shining Star award, which he won, and went onto win the award for the group. He was then selected and he actually won the state award for February as well.”

Karim is just one of many shining examples of the amazing team members to come through this Woolworths Refugee Employment Program and our partnership with Community Corporate – he is the perfect example of how we can influence the conversation on refugees and showcase that they are in fact a real asset to this country and will help build Australia’s economic and social prosperity – said Panetelis Archontides, Woolworths Store Manager.

“The Woolworths refugee program is the best for new refugees who seek a work placement and to be part of the Australian community. I thank Woolworths for the opportunity to work and I can’t believe I now have three jobs in Woolworths Metro stores! I tell all my friends who need a job and can’t find one to apply for the refugee program because they will help you and believe in you.”

Sara, is a 24 year old Afghani who has been in Australia for 7 years) Sara had applied for over 100 jobs in NSW before securing work with Woolworths through Community Corporate’s intervention services, she is now working over 30 hours per week since 2017, which enabled her to complete her studies at University of Western Sydney in Mathematical Science.

“It was only with the Woolworths Refugee Employment Program and the support of Community Corporate that opened the door, gave me relevant skills, built my confidence and believed in me that I got this job! I found a love of bakery and even though it was an hour and a half commute for me from Mt Druitt, to make my 5am starts this opportunity has been life changing and enabled me to have a sense of purpose to earn money and give back to Australia.”

What our employers say 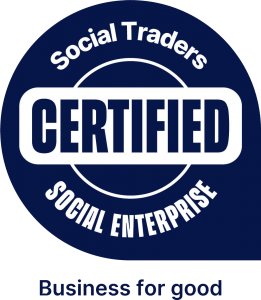